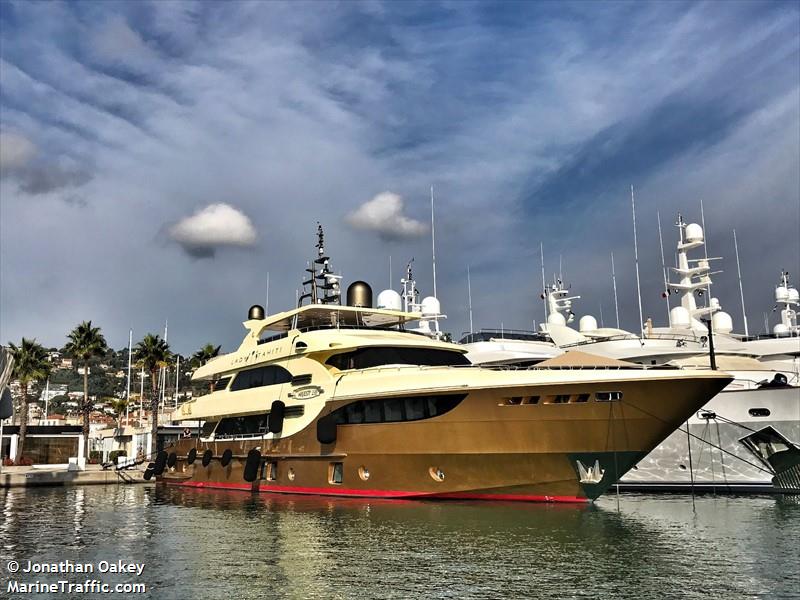 On a yacht, he feels at home. I say “He” because he wishes to remain anonymous. However, he is does not mind talking about his work and his passion for the sea.

It’s on board the M/Y Lady Tahiti that the young Breton has a second captain position, but he prefers “mate”, like they say in England. On board, everyone speaks English.

Born on the Brittany Coast, from parents who worked in the maritime sector. “The Big Blue” quickly becomes his playing field and after hoisting the sails and cruising the waves of the Atlantic Ocean as every boy from the western region of France would do, “He” chose the National Marine Merchant school in Marseilles.

He had no doubt about his professional future. The course was set and after the diplomas and the progression through the various positions of the profession, he’s now “mate” on a yacht moored on the Quay Napoleon in the Port Camille Rayon. “The owner of the Boat bought the berth, it is very convenient to always have a space for us at the port. Furthermore, our berth on the Quay Napoleon is keeping us protected from the waves and from the traffic noise as the cars can’t access it.”

For the young “mate”, this location has another advantage, its train station’s proximity which is essential for the crew, often from Australia or South Africa. “They crew have no means of transportation so It is very useful to them to join their friends in other ports of the Riviera”.

One day, the “mate” of M/Y Lady Tahiti will in turn, become “Lord”. A role he will assume by dint of experience and humility. Essential qualities to make good choices at sea. This philosophy can’t be learned at school but by the years spent at sea and despite the valuable assistance of the new navigation and forecast instruments, caution and common sense remain in place in the decision -making of a Captain, hired to insure the safety of the crew and passengers.