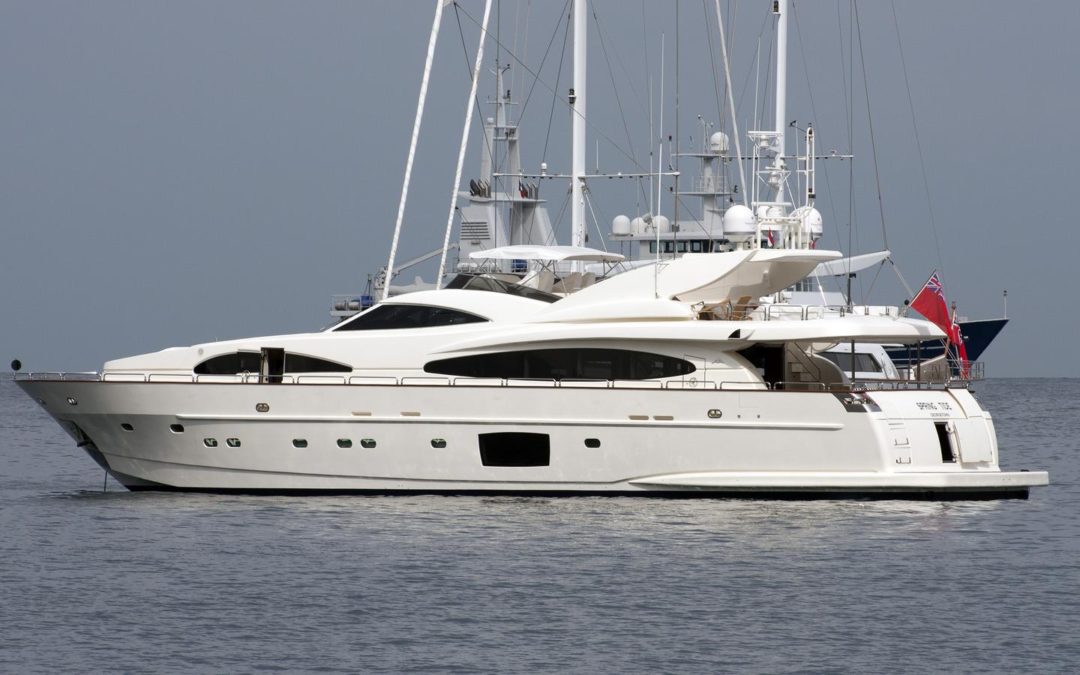 The famous line of the movie “Dead Poets society” remains famous and could suit all the captains of big yachts.
Among them, Simon Antony, an Englishman who left the catering world to manage a boat. Such a change in a career can appear like jumping into a void “I was first director of a restaurant and a boat is nothing more than a floating hotel-restaurant” He says. Simon Antony did not hesitate to change course as he also arises from sailors’ family.
By choosing a catering school to begin a professional career, Simon is the first one to break the family tradition. He is even going to push further the disobedience by becoming an airplane pilot

Director of the Planet Hollywood in Cannes

It’s in Cannes that he will get his first managerial position as the director of the “Planet Hollywood” , the restaurant turned into a “ place for stars” by the two famous investors , Sylvester Stallone and Arnold Schwarzenegger before the place was sold in 2001.
A bad situation he decides to transform into an opportunity “I had already decided to change career. After discussing with captains I thought this job could suit me and I decided to pass all the exam I needed to valid my new orientation “
Stimulating encounters and good economic times convinced the future captain to “take the plunge”.
This other job requires similar qualities as his previous activity, such as hospitality and management skills.

Thanks to his navigation skills , Simon quickly get a job as Captain . “The owner trusted me even though I was lacking experience , and this trust lasted 20 years .”
He developed and adapted his expertise with the various owners he worked for . It’s a job that requires to be working around the clock during the summer season but it also brings satisfaction. “ A former employer wanted to Venice after a stopover in Capri. It looks us time to organise the trip but mooring next to the “Place Saint-Marc” and realizing his dream made me very happy ” remembers Simon .

During 6 months, the captain must answer all kinds of demands, survey the mechanics, manage his team, organize the charter’s holiday trip and make everyone happy. But for Simon Antony safety remains the priority on board.
Simon loves his job and encourage his son to follow the trail . Why not to do so in the port Camille RAYON , a workplace where he dropped anchor 10 years ago .“ This port is one of the best in the Mediterranean , it’ s very protected and people here are as effective as competent.” It’s a real compliment coming from a captain who sailed a lot .